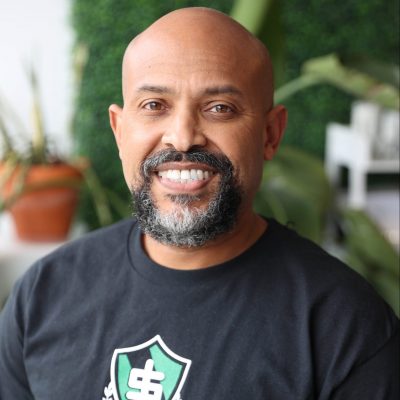 Dallas Lenear was born and raised in Flint, MI. After completing his Bachelor of Business Administration at the University of Michigan, he returned to Flint where he worked as Assistant VP & Community Bank Manager of the former D&N Bank. In 1999, he moved to Grand Rapids, MI where he earned a Master of Divinity in Pastoral Studies from the Grand Rapids Theological Seminary of Cornerstone University. Lenear became the first Executive Pastor of New Hope Baptist Church of Grand Rapids, where he served for over 8 years. Since 2001, Lenear has been passionate about serving his community in the area of economic empowerment. In 2019, he launched Project GREEN to live out this vision with like-minded individuals, churches, and community organizations in Kent County and the state of Michigan. In August 2020, Lenear digitally launched Journey Church of Grand Rapids. Dallas is married to Senita Lenear, 3rd Ward City Commissioner of Grand Rapids. They are parents, and they own Genesis Consulting Group. Dallas makes some mean Daddy Cakes (pancakes) for his kids, and he loves strawberry cake!